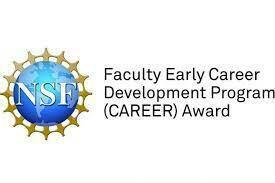 Donny Hanjaya-Putra, assistant professor of aerospace and mechanical engineering, has received a National Science Foundation Early Career Development (CAREER) Award, one of the highest honors from the U.S. government to young faculty members in engineering and science.

His CAREER project, “An Integrated Research and Education Program to Investigate Hypoxia and Matrix Remodeling during Stem Cell Differentiation and Lymphatic Morphogenesis,” seeks to illuminate the roles of oxygen signaling and matrix properties during early lymphatic development.

“The lymphatic system is critical to good health, yet we know relatively little about it,” said Hanjaya-Putra. “Developmental biology teaches us that during early embryonic formation the lymphatic system branches off from the main blood vessels, suggesting exposure to hypoxia (low oxygen concentration) may trigger the separation process.

“This project will help explain how changes in oxygen concentration affect stem cell differentiation into primitive lymphatic vessels. This knowledge will help transform the way we manage and treat many diseases associated with lymphatic disorders, including cancer and lymphedema.”

Hanjaya-Putra’s project includes plans for educational and outreach activities, including a “Stem Cell in Our Body” exhibit, a DNA Learning Center educational module for middle school students on “Biomaterials in Daily Life,” and a National Science Foundation Research Experience for Teachers program focused on bioengineering.

Hanjaya-Putra received his Ph.D. in chemical and biomolecular engineering from Johns Hopkins University in 2012. He was a postdoctoral research fellow with the Wyss Institute for Biologically Inspired Engineering at Harvard University until he joined the Notre Dame faculty in 2017.

— Originally published by the College of Engineering on March 29, 2021.